Attracting What You Want The Easy Way! 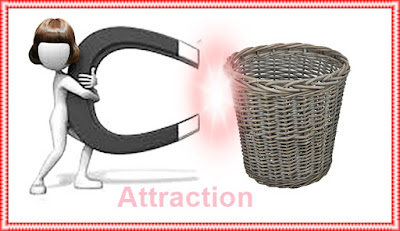 The next day, after I had completed my last post, (Attracting An Abundance Of Pens - By Coincidence?), I came across the following story in the Daily Mail newspaper from Elizabeth Wright. It illustrates how asking for something can attract what you wish for. Surely this can't simply be coincidence. I see that the writer describes it as 'very weird and utterly spooky'. See what you think., here's her experience ...


A few years ago, my daughter asked me: "Mum, what do you want for your birthday?"

As I had begun a new career as a freelance writer and was turning my back bedroom into a study, I replied: "Well, a wooden letter rack and a wastepaper basket would be most useful."

Later that day, I had to take some household rubbish along to the recycling centre. Staff directed the public to the correct areas - cardboard on the left, garden refuse at the end, metal on the right, all other rubbish to a big bay.

There was room for just six cars at a time to deposit their items, so we waited in a lengthy, but orderly, queue.

Eventually my turn came, so I pulled up and started to reverse, only to find that the chap behind me, in a noisy red mini, had decided he wasn't going to wait any longer and whizzed in, grabbing the space.

He shrugged as I loudly complained, but a few seconds later another opening became available at the other end of the bay. I opened the tailgate to dump my rubbish and turned to see where it could go on this high pile of waste - and could no believe what I saw behind my car.

Standing side by side on the concrete parking space, separate from all the other refuse, were a perfect wooden letter rack and a spotless wastepaper basket.

The hairs rose on the back of my neck. I picked up the two items and put them in the back of my car to take home. They are still serving me well, but to this day I have no explanation, but something very weird and utterly spooky had happened.

Perhaps in life it's a case of 'If you don't ask, you don't get'. I can remember my mother saying something like this to me as a child!