67 Not Out Readers Coincidences - 4

A few more 67 Not Out readers coincidence stories as received either by email or in post comments. My thanks to all contributors. 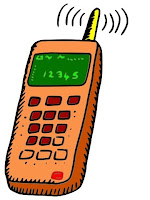 I have a friend from college, we were very close at school in Virginia but she moved to California and I moved to New York where constant communication is extremely difficult, and a 3 hour time difference didn't help.

For some reason her birthday was always hard for me to remember, I could never remember if it was the 20th, 21st, 22nd, or 23rd of July.

The first year out of school, I forgot it completely and sent flowers the following day to apologize.

This year, (second year out) I again forgot her birthday.

I went on with my day as normal - walked to work, got a coffee, started up the computer.

At about 11am my time, 8am her time, I received a text message from her saying "Thank you for the birthday call, sorry I missed it!"

I had absolutely not called her that morning, I was sure of it. I thought she had to have been mistaken, I almost even responded saying she was, but at least I was reminded of her birthday and I looked like the good guy! Before I did respond though, I looked through my phone just to check and see - so I could know if she responded with "Wrong number" about her last text.

Sure enough my phone had dialed her number while in my bag on my walk to work - 8AM our time, 5AM her time! I ALWAYS put my phone on lock so that it can't butt dial - but thank God I forgot that morning! 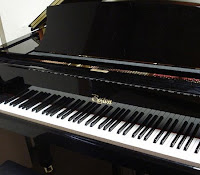 The following was a comment from terripatrick following the post Law Of Attraction Powered By Visualisation in which there was a story about Anne who attracted a piano by visualisation.

"My sister did something similar. While dreaming to someday have a piano of her own, she visited the local piano store daily to play her favorites. The staff was happy to let her do so because she was very good and it was a nice benefit to have customers hear live piano music while they shopped.

Eventually an old piano arrived, donated from an estate. The exterior condition needed a lot of care but the quality was good. My sister fell in love the character and sound of that piano and was saving a few dollars a week in hope of buying it. Within only a few months the store needed to clear inventory and instead delivered it to her home for free.

She was able to use the cash she'd saved to get it tuned. She worked at improving the exterior condition for years and eventually her finances improved enough to have it professionally restored to museum standards. She still plays it today." 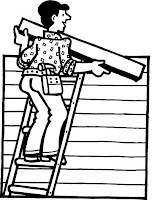 I want to start off by saying I Stumbled onto your site/blog and I love it. Also I had a small coincidence today I thought I'd share with you.

I was going to pay my insurance, and hadn't deposited the money into the bank as usual, so I had to go to the company to pay it. While driving there I thought about a friend and remembered that last week he was working on a roof somewhere. I thought how great it would be if he were working on the insurance co. roof, which I knew he wouldn't be.

When I pulled into the small company's parking lot there was a company there working on their roof. Despite the fact that it wasn't him I still found it coincidental, since in the three years I've been doing business there no other company has been there doing anything to the premises.

Thank you for taking the time to read my message.

My dad recently had a full dozen double yolk eggs in a box. He didn't open them all at once, so he doesn't have a picture of all them. But he eats two eggs for breakfast everyday, and for almost a week, he had 4 yolks every morning.

Hi, I had a strange coincidence when I was in my car and I prayed for angels to be with me through out the day. Once I had prayed, my radio - which was broken - worked perfectly. Music flowed beautifully on each channel. The strange thing was, when the music came through the song played was 'In the Arms of an Angel.'


If you have a coincidence suitable for publishing please send use the Contact button at the top of 67 Not Out. Thanks - Mike.