The Universe Gives Me A Visualisation Lesson 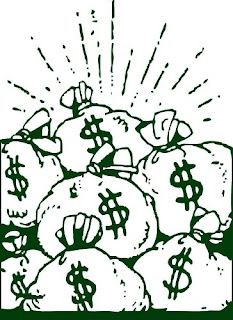 I was sorting through some of the images I have stored on my computer when I came across one I'd forgotten about. It goes back to when I was publishing quite a few blogs with the sole purpose of making money from them.

At the time I joined quite a few affiliate programs to see what would work and what wouldn't. One I joined was the FriendFinder Group and I did okay with them, making a useful amount, but then I tried to put my visualisation techniques into action.

Every time I went to their website, to check how I was doing, I first visualised large amounts of money would be on my statement page. It's not too hard imagining making loads of commission. So much so, I got quite carried away by the amounts I pictured at times.

Anyway, I was about to check up again on what I had earned and once more pictured thousands and thousands of dollars. When I clicked into their website this is what I saw on my account page: 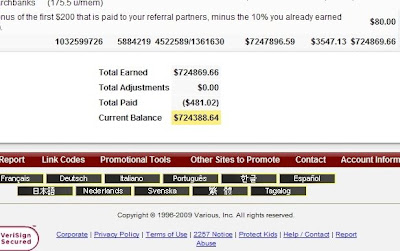 To say I nearly had kittens was an understatement! It showed that I'd earned hundreds of thousands of dollars but - and regrettably there was a big but - I hadn't really. Something had gone wrong with my account. What's more, every day I logged on the figures got higher and higher - I started 'earning' millions!

Of course, as I knew, something had gone dramatically berserk and, after about seven or eight days, everything returned to normal and my earnings became accurate - unfortunately.

It was a good lesson though for me in visualisation. I got what I asked for - a statement showing massive commission amounts. What I should have done was to have visualised receiving the checks (cheques), paying them into my bank and then seeing the amounts cleared and ready for access.

Sometimes the Universe has a sense of humour - and we get exactly what we ask for.

P.S. By the way, the statement shown above is a true copy it hasn't been doctored or altered in any way.