Visualisation Of The Mystic Masters

I have mentioned visualisation several times on 67 Not Out and how it can bring results i.e. what we visualise tends to become reality. I wanted to enlarge on this briefly, but first an example of visualisation from the author Joseph J Weed in his book Wisdom of the Mystic Masters 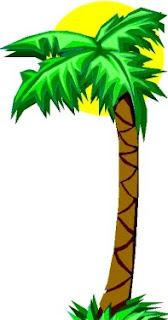 'There was a young man who was out of work and needed a job badly. He heard of the power of thought and tried to employ it to create a position for himself in the business world.

He had no idea what kind of opportunity would present itself and, since he didn't want to block out any possibilities, he confined his visualisation to a picture of himself sitting in a private office, his office, just four walls, a window and a small desk, but as the days and weeks went on he continued this visualisation faithfully every day, he kept adding to the picture.

Gradually it grew larger. Pictures appeared on the wall, the desk became one of carved wood instead of the simple metal one he had first conceived. As the office grew larger his ideas about it expanded and he thought, "Why not a closet, where I could keep an extra suit in case I should have to stay in town for the evening?"

Then, having gone that far, he thought of a dressing room and bath in an annex to the office. He visualised bookshelves on the wall behind him and a large picture window off to his right. Thus his visualisation changed and expanded.

He kept faithfully to his daily meditation and never despaired as the weeks went by. Eventually little details started to creep into the picture, details he had not intended to put there. For example, although he was in New York and expected to work there, he could see a palm tree swaying outside the window. It was at about this time he got a job, a good job, with a simple office of just four walls and a metal desk ... he gave up his visualisation.

Fourteen years later, having become successful, he bought a home in Florida. It had a large living room with picture windows in it and one day as he sat there before his carved desk, which had come with the house, he idly gazed out of the window to his right and suddenly recollection struck him. It was the palm tree swaying outside the window that did it.

This room in which he sat was a replica of the room he had visualised many years before. True he had then thought of it as an office, not a living room, but the bookcases were there at his back, there was a dressing room and bath directly off it and a palm tree swaying in the breeze outside.

Joseph J Weed then adds, "I can vouch for the accuracy of this down to the last detail because the man involved is myself."'

There are several things that can be noted from this example including:

A visualisation can be built slowly, as you would a painting, gradually adding more detail and colour, until it is exactly as you wish - and the painting is complete.

A created matrix or picture is never destroyed. Bit by bit it becomes a reality depending on how much belief, enthusiasm and feeling are put into the creation. It may become a reality in stages.

I'm sure you will notice other things within the story as well.

The point I set out to make with this post was actually about releasing the picture that has been created through the visualisation. I follow something I learnt while with the Rosicrucian movement.

After the visualisation is clear and complete and I'm ready to release this I take a deep breath and while exhaling slowly say to myself, "Into the Cosmic I release this impression. It is done." I try to time the complete exhalation of my breath with the word 'done'.

And that's it - it is done! So I forget all about what I've visualised and dismiss this from my mind. Exactly as you would if you were sending a letter or an email. It is done. Though I do repeat the process over and over for a particularly big demonstration - theoretically, however, this could be done with one sitting.

Sometimes it's possible to complicate what is essentially a very simple process.

If you haven't tried visualisation think of the possibilities ... from telepathy to material things, from health to happiness ... from relationships to, well, anything.

Further Reading:
The Magic Of Our Ancestors Can Bring Us Success
The Secret of Visualisation
Clean Sweep With Five New Brooms Coincidence