67 Not Out Readers Coincidence Stories - 13

67 Not Out Readers' coincidence stories today - my thanks to the contributors. If you have an interesting coincidence story you would like published on this blog please use the Contact Button at the top of the page. Many thanks, Mike. 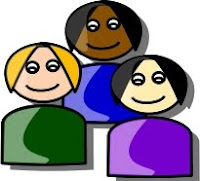 Coincidental Neighbors
A girlfriend of mine is splitting up property with her ex. She decides to surrender their main house for a smaller one they own in a different neighborhood some distance away. She's concerned by the possible lack of friends and support in the new neighborhood.

Discussing it with an acquaintance, he says he has a friend that lives two doors down from her new place. Bingo, instant neighbor. Another friend reports a professional contact within two blocks of the new house. Finally, her aunt is able to connect her to yet another friend in the new neighborhood.

Ancestors Coincidence
Here's a couple of coincidences. The first one. About 10 years ago I first contacted my great aunt, who told me my father's great grandmother and her sister, Faith and Phoebe, had come from England, a small village called Morchard Bishop. I phoned my sister, who had recently moved from America to England to tell her. Without knowing anything about these ancestors my sister had also named her two daughters Faith and Phoebe and had bought her house there, 2 miles from Morchard Bishop.

Another little one. When we were very little kids my brother and I were given silver dollars by a visiting guest. In a fight with him I threw his coin into the garden. In looking for the coin later that day a grown-up said take a rock and throw it where you threw the coin. I (a lousy throw) threw a rock and it landed on the coin, which popped into the air like a tiddlywink and I was able to find it.