Orbs And Wings Of The Night 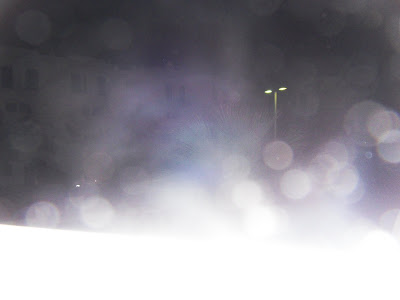 I've had this photo since my holiday in Ibiza last year. It was night time and we were sitting on the balcony of our hotel. You can just make out another hotel in the picture. It was a perfectly clear night but we (that's my wife and I) kept seeing something strange on the ground opposite (mind you, we'd had a couple of glasses of red wine!). It was something white in colour and appeared to move. I got my camera and snapped a photo.

Being very dark, about midnight, I didn't expect to capture much but there were lots of orb type globes on the resulting photo.

Some will say orbs are supernatural while others laugh and say they are specks of something or other that digital cameras pick up. As for me, I'm sitting on the fence, somewhere in between: there are genuine such pics but many aren't. But I did capture some impressive orbs which I published on my post The Orbs At St Cubys Church Tregony, Cornwall.

I cropped the photo and this larger portion - as below - shows almost wings or feathers, Phoenix like. I haven't altered anything on the picture otherwise.


I'm not taking the photos too seriously but just wondered what others may think. I only noticed the orbs again as we were looking at the photos of our holiday to conjure a few memories. The photo below shows the balcony during the day at a similar angle. 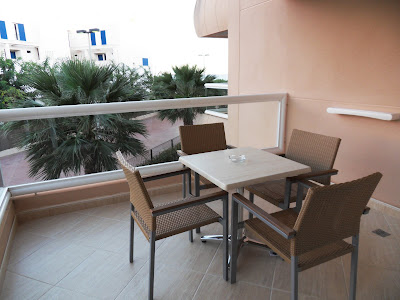 Other posts on Ibiza:
Ibiza Old Town And A God Who Strangled Snakes
Hippy Heaven On Ibiza Lives On
The Signs While Walking The Ibiza Coast With A White Heron