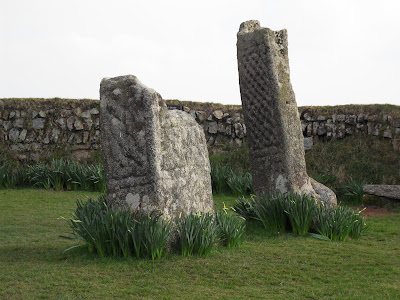 The day we went to visit the Hurlers Stone Circles we also passed other Cornish ancient monuments. These included King Doniert's Stone or Men Myghtern Doniert - if you speak the Cornish language.

These stones are recent compared to the Hurlers. They only date back to the 9th Century whereas the Hurlers Stone Circles go way back to about 3000 BC.

It is believed the two granite stones are actually bases for Celtic Crosses. Each stone has a rectangular socket in the top, which would have held a wooden cross. 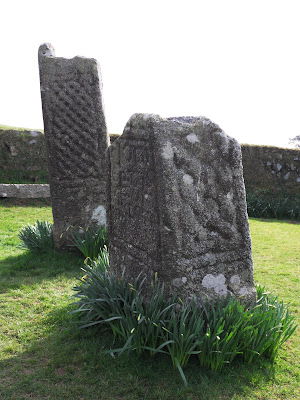 The shortest stone carries a Latin inscription: 'Doniert Progavit Pro Anima' which translates as 'Doniert ordered (this cross) for (the good of) his soul'.

Doniert was probably Durngarth a King of Cornwall who was drowned in the year 875.

In the the 17th century local miners, prospecting close to the crosses, broke into an underground chamber beneath the stones. Since then there have been various theories suggesting that the chamber might represent a chapel or vault associated with the stones. Or there again it could be simply remnants of the old mining industry. As with lots of ancient things in Cornwall there is often a mystery attached to them. 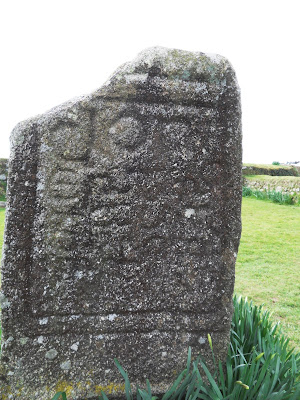 The stones are near St.Cleer, about a three miles north of Liskeard, by the side of a narrow road that also leads to the Hurlers Stone Circle and the Cheeswring.