67 Not Out Reader's Coincidences 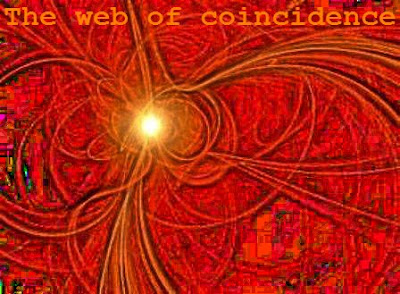 Coincidences today from 67 Not Out reader Diane. If you have a coincidence story you would like published on this blog please forward via the Contact Button at the top of the page - thank you.


"Some coincidences for you.

My Mum and Dad met at a Band Hall which used to be a church. When they died it was an non-denominational chapel, and we were able to hold both of their funerals there. I didn't know, however, that they had met there until Mum's funeral. An old family friend told me how he was the one who had introduced them to each other.

Alan, my husband, and I were in Prep together, but then his family moved away. We have the class photo. We were born in the same hospital, 21 days apart and we re-met 21 years later.

My Grandfather was Alan's Scout Master and football coach."