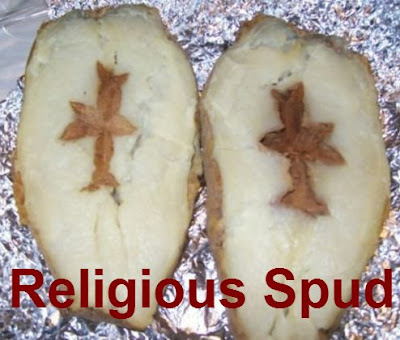 Jaime T. Licauco who writes for the Philippine Daily Inquirer was surprised by the following coincidence.

A young nurse called Jean Vianney was helping him and his wife Yolanda during the recent 56th graduation ceremonies in Marinduque State College. When Jean got home after the event she realised the coincidence that her parents were also called Jaime and Yolande and that the couple she had been helping had a granddaughter called Jean.

This got Jaime interested in coincidences and he came up with these two, which I hadn't heard before:

(1) A German housewife discovered a ring she lost 40 years before inside a potato! There have been stories of valuable objects being found inside the stomach of a fish and so on, but inside a potato?

(2) Several office workers were chasing a fly around the office trying to swat it with rolled up magazines, when the fly landed on the open pages of a heavy dictionary. Somebody simply slammed it shut. When the dictionary was opened, they saw with astonishment that the ill-fated insect had been squashed against the word 'housefly.'

Maybe not dramatic coincidences but the odds against the two examples must be sky high. But that's the thing about coincidences and synchronicity once we become interested in them they are also all around us.

Yes, mathematicians will tell us that they are bound to happen somewhere but I, and many others, like to think there is a lot more to coincidences and synchronicity than that. But for those who like factual mathematics for answers take a look at Methods For Studying Coincidences - this is in pdf format.

It's strange but after reading about Jaime and his story of the ring being found in a potato I came across a story of how a gold wedding ring, lost in a potato field in Hólmavík, Iceland 30 years ago, was found last week, completely intact. Okay, not quite in the potato this time but nevertheless still quite a coincidence. Full story is on the Iceland Review Online.

And then I saw a copy of the Telegraph from 1969 which told of a Mrs Coulter who lost her wedding ring the previous Spring. It showed up when she and her family were eating dinner the following year. A baked potato that came from the Coulter garden contained the ring! 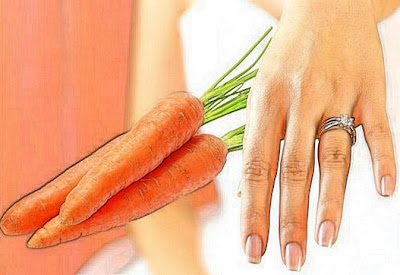 Now carrots are joining in! I couldn't resist the title of this story Swedish woman finds wedding ring on a carrot. This is what happened:

"Lena Paahlsson had taken off the white gold ring before a Christmas baking session with her daughters in 1995, but it had disappeared from the kitchen counter where she placed it.

After looking everywhere, and even pulling up floorboards in the search, Paahlsson and her family, who live on a farm in northern Sweden, had given up on seeing the ring again, she told the Dagens Nyheter daily.

That was until October this year (2012), when she was picking the last carrots in her garden and suddenly found one with her ring glimmering around it."

But if we are on the subject of rings this takes some beating: Man who dropped ring down toilet 73 years ago reunited with it.

And then ... alright, I'll stop there but once we are aware of coincidences they really are all around us.

P.S. The photo at the top of the page is of a potato that was on eBay because of the 'religious' cross the family found when they cut open the cooked spud. The bidding went up to $46!