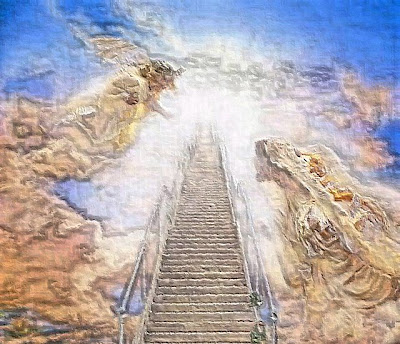 I thought I'd post something a little different today from Tristran. Most of it is far removed from my own beliefs about aliens, angels, ley lines, numbers and so on but it's always interesting to learn what other people think and believe - even if it does appear a little muddled.


One day the aliens will show themselves and admit that they have been on this planet since Roswell (1947). They will make out that they are good guys here to help us. Simply ask yourself, "If they are such good luvy duvy helpers, why have they happily watched civilization destroy itself over the past 60 years".

They will show great wonders like they did on Jan 1st 2011 with the 1.1.11 wake-up call. Approximately 75 million people across the world have seen the 11:11 wake-up call since Jan 1st 1991 and now have access to the (ley lines) grid and can quite possibly fly using astral travel.

Some aliens are 8ft tall like the standard height of angels or 'the watchers'. In their case the 'fallen b'nai Elohim' or men of God, a.k.a 'fallen ones'.

Those of us who have been seeing the numbers now probably have these 'angels' dna in our blood which explains why we can sense something wierd, wonderful, awesome and amazing is about to happen.

Ley-lines in the astral world are red, yellow and blue and will allow people to access this grid through interception points (standing stones) to this world. Its almost like a train line where stations (stone circles) allow spirits to disembark onto another ley-line.

Many ley-lines intersect at Glastonbury (England) which is why that area is so spiritually strong.

In the Book of Enoch all people that were contaminated with fallen angel dna are damned to walk this world for all eternity. These spirits are classed as ghosts, demons, nephil spirits, giants, rephiums and raphahs.

It is a common misconception by humans to class ghosts/demons as evil. It is not the demons fault that they will never leave this world. This is why demons are so hostile when their land is invaded by humans.

If anyone feels a strong desire to return to a place (that they once knew) then that makes them a raphah (pronounced raw-faw).

Following numbers (such as 11:11 etc) is a very bad idea. The ancestral spirits will also gladly insert numbers into your dreams if you order (demand) them to. They will tempt you with this pagan new-age stuff if it allows them to torture your soul after you die.

Trust me, you do not want to end up in the company of these fallen watchers (ancestral spirits). The level of fear that radiates from these guys will destroy souls in less than 10 minutes.

If you know of anyone who has met these fallen watchers, ask them how they felt. They will probably be shaking as they relive their moments of fear.