Feelings And A Message From Her Friend Telepathically 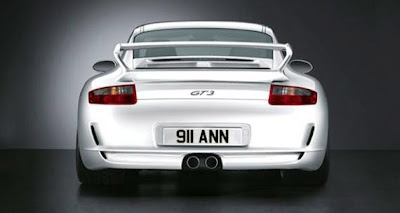 A 67 Not Out reader's coincidence story today with thanks to The Mad Witch.


At the end of last year I had this strange, worrying feeling about my old friend Ann who I have known since our school days together.

I mentioned this to my husband but he didn't think anything of it. "She's off out, you know how scatty she is," he mumbled.

Later we had to go into town and, as we stopped at traffic lights, I noticed the car in front had the registration number which began ANN and then a number.

On the car radio the DJ said that the next song 'is for Ann from her friend' - I saw this as some sort of message.

I said to my husband, "See that's Ann again, and it was on that car in front of us. She's trying to contact me."

This sent my husband into laughter and hysterics and he told me in no uncertain terms what he thinks of such ideas..

"Would you drive over to Ann's place, please?"

I felt very uneasy as we did our shopping and then returned home. The answer-phone was flashing and I switched on to see the message. It was from Ann.

Her message was garbled, typical of her, but the gist was that she was in hospital as she'd had a car accident that morning. The good news was that she was all right other than bruising and would be back home the next day.

I spoke to her the following day and she said how, when she had the bump in her car, she was thinking about me and how she should ask me to come over for a few days so we could catch up on each others news.

And that's what I did. Two 'mad witches' together as my husband calls us.

But whatever he thinks Ann and I have agreed that we'll experiment to see if we can send each other messages telepathically. I won't tell the husband as he'd simply say something like, "Why? When you can use the phone."