South Of France, Messages From The Dead And Pennies From Heaven 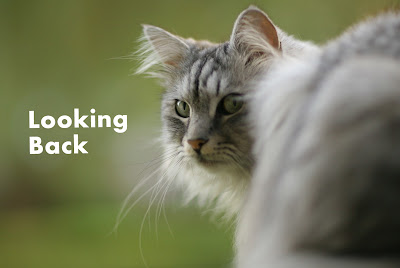 Last week I published several photos of the Nice Carnival from back in 1996. Included on one of the photos was an ex work colleague, Jackie. I hadn't seen her for about nine or ten years but when Karin and I went to the local supermarket guess who we saw? Yes, it was Jackie!

Synchros or coincidences like this are always interesting. How often do we think of someone and then either meet them by 'chance' or we receive a phone call. It's an example of how we are all linked together whether we want to be or not. In the case of meeting Jackie it was lovely to see her again.

A response to this from a 67 Not Out reader: 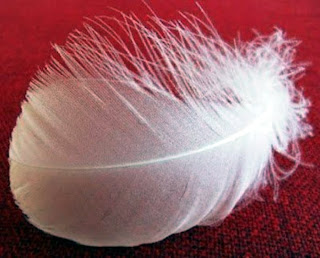 "My husband of thirty years passed away suddenly in December at the age of 52 from a massive heart attack.

On the day of his viewing a dog showed up at my house wearing a collar with a ID tag on it. As we were waiting on my front porch for the owner to come, my son and daughter saw a white feather falling from the sky out in the middle of our paster field. My son ran out and got it for me.

That morning I had prayed for God to give me a sign to let me know that my husband was with him. I believe that was our sign. Since then my daughter has received three more feathers."

I receive details from so many readers saying how they have seen white feathers as messages from loved ones who have passed on. The feathers and white doves seem to be very much in vogue as messengers from the dead.


(3) on Pennies Falling From Heaven 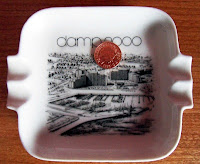 The post was about how a shiny penny appeared to have fallen into an ashtray - by itself!

Okay, probably sounds doubtful for most readers that this could happen. But Helios had an idea about this saying that it may have been tied up with a previous post Sometimes Things Happen Because They Are Meant To Happen. In this I mentioned how the ashtray in question came from my first meeting with my wife's brother - a souvenir of that occasion. Sadly he died. Helios suggested that the coin dropping into this particular ashtray was, "A sign from Karin's brother after the post of yesterday."

Sounds feasible if you believe in this sort of thing. Messages don't only come via white feathers and doves. I know of one case where they came in the form of strands of wool! So all things and ways are possible.