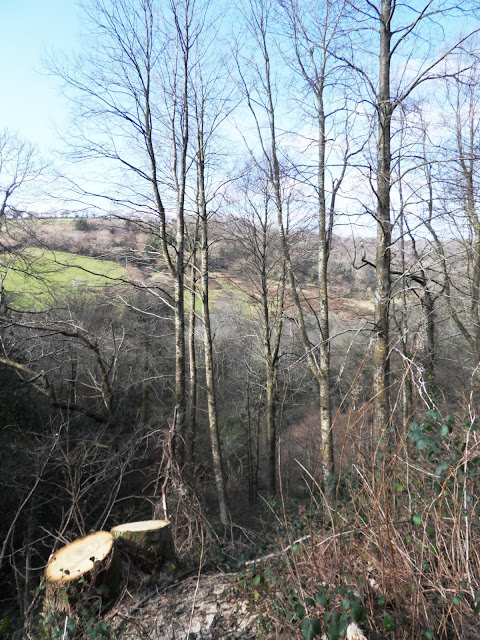 Today Karin and I went for a walk in Kings Wood, which is part of the Pentewan Valley in Cornwall, near to where we live. It's not our favourite walk but okay for a cold winter's day.

There is a sign within the woods that states, 'Did you feel a shiver just now?' They are not talking about the cold weather but more of ghostly happenings. For these woods have a long history and therefore many have walked the paths over the centuries. 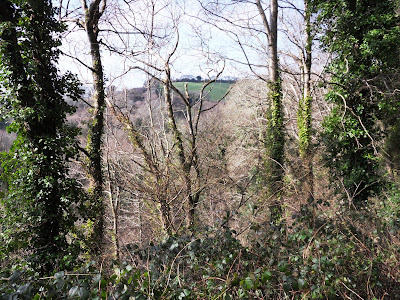 Thomas, 2nd Earl of Lancaster, Lord Ordainer (1278-1322) and one of the most powerful men in England is believed to have owed Kings Wood.

He was the cousin of Edward the Second and led the barons' revolt against the King in 1332 but was defeated at the Battle of Boroughbridge. On March 22nd of the same year Thomas was found guilty of treason and beheaded.

Maybe he now pops back, head under his arm, to his old stomping ground and frequents the paths that he once owned.

We walked along the edge of the woods which leads onto sloping grass meadows. 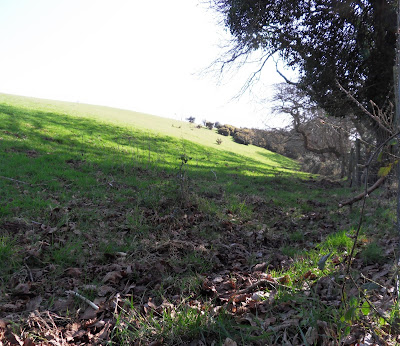 The woods and the fields are separated by very old traditional Cornish walls made from the local stone. 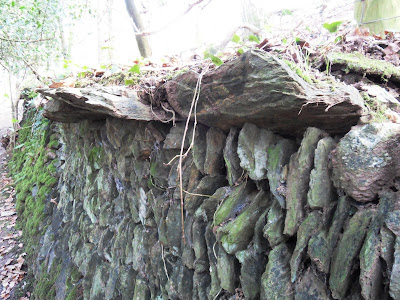 These medieval walls are maybe not at their best they still serve their purpose. Notice the coping stones at the top of the wall.

The walls themselves marked ownership boundaries and also controlled livestock. This particular wall not only kept sheep out - it kept deer in.

Kings wood was hunted in the 1300s to keep the the grand houses of the aristocracy supplied with venison. The huntsmen didn't want their quarry escaping - so the coping stones were turned inwards to stop the hapless prey jumping the wall to freedom.

So, that's Kings Wood in winter. It looks much more inviting and not nearly as spooky in summer when the trees have their leaves. And if you keep to the main paths the shivers simply melt away. 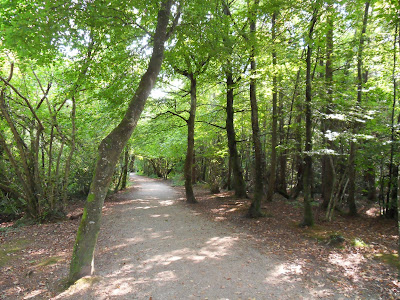 Other Cornish Stories:
10 Mystery Posts About Cornwall
Mevagissey The Two Saint Fishing Village In Cornwall
The Tristan Stone And King Arthur And His Knights