Even With Jokes There Is Nothing New Under The Sun 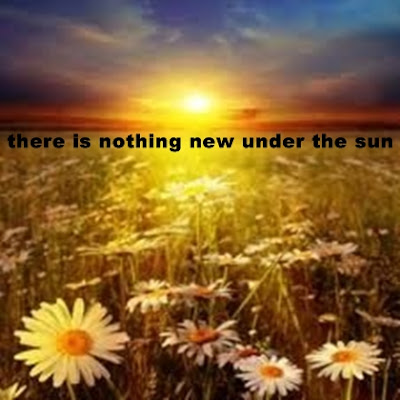 This following joke is supposedly very funny, It topped a poll after more than 100,000 people around the world cast their vote on 40,000 jokes. Here it is:


"A couple of New Jersey hunters are out in the woods when one of them falls to the ground. He doesn't seem to be breathing, his eyes are rolled back in his head. The other guy whips out his cell phone and calls the emergency services. He gasps to the operator: 'My friend is dead! What can I do?' The operator, in a calm soothing voice says: 'Just take it easy. I can help. First, let's make sure he's dead.' There is a silence, then a shot is heard. The guy's voice comes back on the line. He says: 'OK, now what?'"

I have doubts that it is really the world's funniest joke, it's a matter of taste I suppose. But, even with jokes nothing is new.

A joke going back to the 1950s was very similar and was featured in a sketch for a BBC radio show called the Goon Show. It was written by the great Spike Milligan and featured Peter Sellers and Michael Bentine.

This is how that sketch went:


The Spike Milligan Sketch
Bentine: I just came in and found him lying on the carpet there
Sellers: Oh, is he dead?
Bentine: I think so
Sellers: Hadn't you better make sure?
Bentine: Alright. Just a minute ...
... sound of two gun shots
Bentine: He's dead.

Shakespeare agreed in his Sonnet 59


Sonnet 59
If there be nothing new, but that which is
Hath been before, how are our brains beguiled,
Which, labouring for invention, bear amiss
The second burden of a former child.
O, that record could with a backward look,
Even of five hundred courses of the sun.

If it's true that nothing is new, I wonder why we keep repeating the same mistakes, the same wars, the same conflicts, the same neglect, the same ... well everything. Will we ever learn? Perhaps history can give us the answers.

A Few Other Recent Posts:
Harry Potter's Minister For Magic And The Narwhal Coincidence
Parasitism And Spirituality
Dennis The Menace Double Trouble Coincidence