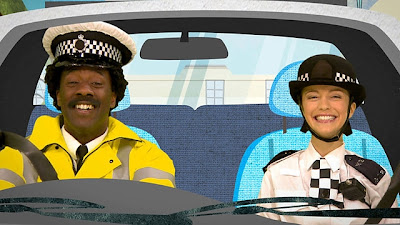 There's a lesson in this short coincidence story for those who like dressing up as police officers.

One gentleman in northern New Mexico had all the police gear: police lights on his vehicle, a real police weapon etc. "So," he must have thought, "let's put this equipment to good use." 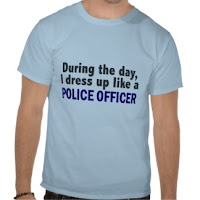 He was out and about, saw a speeding car and pulled it over. He told the vehicle occupants he was a member of the State Police Search and Rescue. All well and good but ... whoops!

The two men in the vehicle really were law enforcement officers - in an unmarked car.

I guess the lesson is: if you want to pretend you are a police officer, just be careful who you pull over.

I first saw this story on Daily Progress. They asked a relevant question, which hasn't been answered:

"We are left to wonder, however, about one curious detail. Were the state police agents actually speeding? If so, did they have a legitimate need?"

But come on, police officers driving too fast when they don't need to - surely not!! 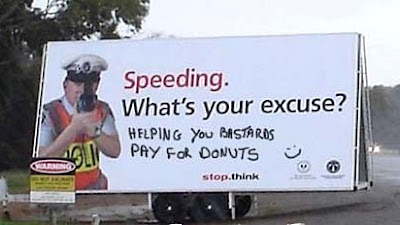 Other Police and Crime Posts:
Google Street View Photo May Solve A Crime
Police In London Apprentice Precognition
A Mouse Leads To An Arrest For Rape