I've mentioned several times that I'm a fan of the young Elvis Presley's music - prior to his Las Vegas stint. I got a few bits and pieces from a car-boot sale and amongst them - to my delight - were two photos of Elvis: the one above, when he was 16 years old, and the other of him as a small child with his parents Vernon and Gladys Presley - see at bottom of this post.

There was also Elvis Presley's School Pupils Report Card from East Tupelo School in 1943-45. I'm sure it must be a replica, but I found it interesting - especially as it had the name 'Perry' on it and another 'coincidence'.

Here are the four pages of the Pupils Report Card. On page 3 there is Vernon Presley's signature. 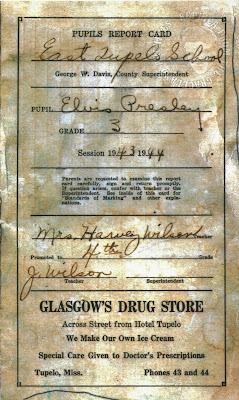 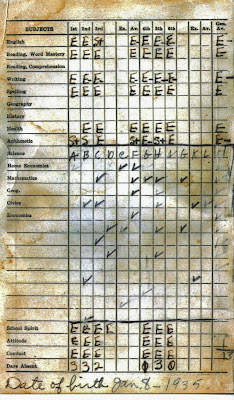 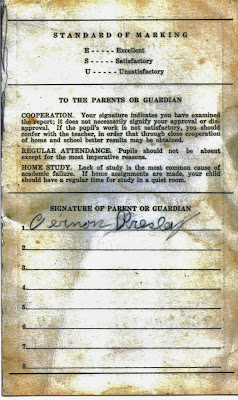 Below is page 4 of the card. The top advert is for The Peoples Bank. Strangely, when I worked in loans and finance the company I was with actually bought The Peoples Bank! It wouldn't have been the same one, what with me being in England, but a coincidence as far as I'm concerned. For a while I promoted their services.

The third advert on the same page is for Perry's - my surname also being Perry, and my wife's initial being K. 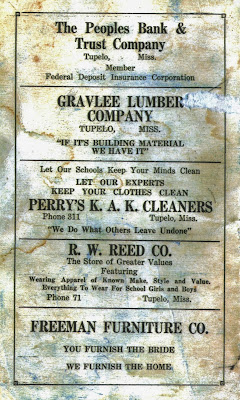 And finally below is Elvis with his mother and father Gladys and Vernon Presley.