The Shape Of The Universe And Gateways Between Dimensions 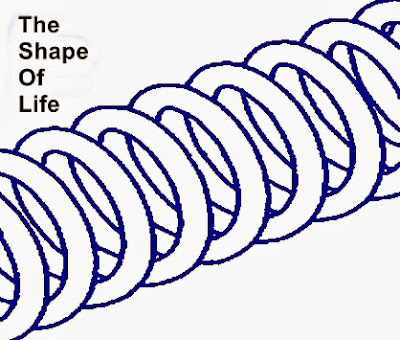 I know other people's dreams are mostly boring but I had a dream of sorts that appeared to continue while I was awake - so I'm going to bore you with it.

My head was first filled with the idea that everything is a circle, and then how this can't be true as it would mean we keep on coming back to exactly where we started - which seems pretty pointless.

So life isn't a circle and probably not some elaborate cycle either, because this would also produce more of the same - again this would serve no real purpose.

It was decided that the Universe - our lives included - is a spiral without a beginning or an end. By spiral I mean more of a spring shape, like the image above. A spring that goes on forever - as do we.

Our current life, as we know it, had an initiation more than a beginning and lasts until our transition as we gradually move along the eternal spiral shape. We don't die. As Emerson said: Every end is a beginning.

Gradually we shift along the spring, coil, spiral or whatever you would call this shape unrestricted by time.

Time is man made but other creatures may have a differing opinions. Take Mayflies, for example, providing they are allowed to have their say. The adults are very short-lived, from a few minutes to a few days, depending on the species, but whose to say if their lives appear any shorter to them than our 70, 80 or 90 years.

But let's get back to our own human lives. The spiral shape of the universe would allow us to journey between dimensions, time zones and so on. It could be the basis of paranormal experiences. Maybe this is what happens when people say they have visited Heaven, or claim they have travelled into a different period of time, or have had some precognitive message - a gateway opens. It might just be a matter of tuning in. 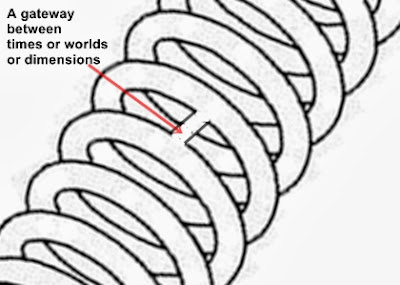 Okay, I know this post is only dream based - though the gateway is my own idea - but it's as good as suggesting that the universe is doughnut shaped. And it's a fun subject to ponder.

Other Random Posts:
The Universe Is Just Like A Dot On A Balloon
Words Of Immortality And The Big Bang
The Hologram Theory And Synchronicity