Even A Sink Plughole Can Yield A Coincidence Story 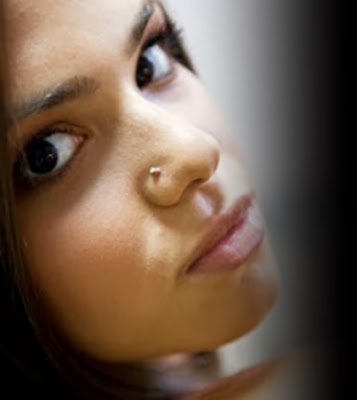 Here's a quite remarkable coincidence story from Anne about gold nose studs. It's a very small world at times!


"I went travelling with Kirsty. We had no plan, our aim was to follow our noses around Asia for about six months before starting college. Several weeks into the trip, we found we liked different things, so decided to each go our separate ways.

Two months later, we bumped into each other in a backstreet of Kuala Lumpur. Kirsty said she was on her way to get her nose pierced. On an impulse, I decided to do the same. Soon we had matching gold stud things in our noses. The next day we went off on our own again.

A couple of months later I was in Bangkok in a hostel and was washing my face in a sink when my nose stud came loose and went down the plughole. I couldn't see any way of getting it back so I bought a replacement.

Months later I got back home to England and several months later still met Kirsty again. We went to a pub to catch up on out travel experiences. The subject of nose studs came up and I explained to her how I lost mine down a plughole.

Kirsty couldn't believe it and went quite white.

She had also stayed at a hostel in Bangkok. She had also washed her face in a sink and she had also lost her nose stud down the plughole.

Kirsty though, was a bit more practical than I was. She reached under the sink and unscrewed the u-bend trap where, to her amazement, two identical gold studs fell into her hand."