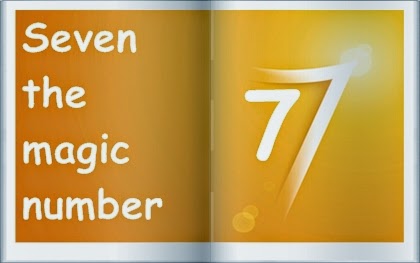 It's official (well sort of) that 7 is our favourite number.

A survey was carried out this week by the mathematician Alex Bellos. The poll was of 30,000 people and they confirmed that 7 is overwhelmingly our favourite number.

It's a little strange, but we do seem to have favourite numbers. Bellos said of this:

Not sure if I agree with that, but 7 does seem to pop up everywhere like ...

1. Japanese mythology talks of Shichifukujin - The Seven Gods of Fortune.

5. Seven notes on a musical scale

12. There were 7 wonders of the ancient world.

13. If you break a mirror it is said you will have seven years bad luck.

14. According to the Talmud, the universe is made of seven Heavens.

15. The Qur'an frequently mentions the existence of seven (Samaawat), or heavens.

17. According to the Bible there were seven days of Creation - God rested on and sanctified the seventh day.

23. There are seven books in J.K Rowling's Harry Potter series. 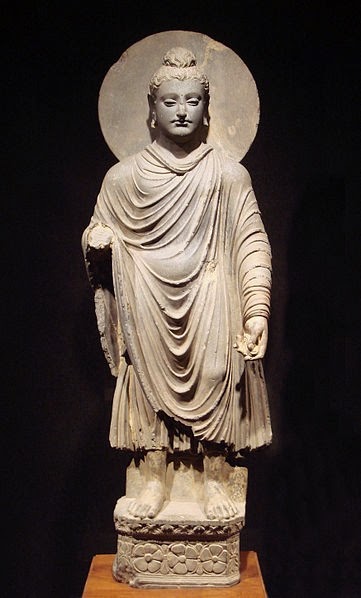 24. According to Buddhism, Buddha walked 7 steps at his birth.

26. In both the Challenger and Columbia NASA space shuttle disasters, seven astronauts were killed.

27. The Seven Sisters is a series of chalk cliffs on the East Sussex coast, England.

28. There is the 'seven-year itch' when a man is said to have the urge to roam after seven years of marriage.

30. Seven Sages Of The Bamboo Grove.

31. 7 was considered a God number in ancient Egypt.

32. Seven is the optimum number of hours of sleep for humans, according to a US scientific study.

34. Seven is the atomic number of nitrogen.

35. Seven is the sum of any two opposite sides on a standard six-sided dice.

36. In the Harry Potter series of novels by J.K Rowling, seven is said to be the most powerfully magical number.

37. In Greek mythology, the Pleiades, or Seven Sisters, were the seven daughters of the Titan Atlas and the sea nymph Pleione.

38. The Secret Seven is a children's adventure book by Enid Blyton.

39. The diameter of the 45rpm format gramophone record was 7 inches.

40. Sevens is the 7th album by Country singer Garth Brooks, released in 1997.

41. Seven Dials in London's Covent Garden stands at the intersection of seven roads. Now part of a shopping area, it was a notorious slum in the 19th century, and hosted seven pubs on each of its apexes. 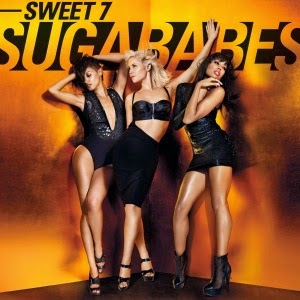 43. In Star Trek: Voyager, Seven of Nine (also called Seven for short) is one of the crew members.

45. Jericho's walls fell on the seventh day after seven priests with seven trumpets marched around the city seven times (Joshua 6:8)

46. Netball and handball are played with teams of seven players.

47. Ancient astronomers believed there were seven planets in the solar system.

Other Recent Posts:
The Secret Holy Well Of Menacuddle, Cornwall And The Druid's Chair
Three Dazzlingly Bright Figures As Proof Of Survival After Death
The Haunting Of The Scary Screaming Skulls