The Message Of The Silpho Flying Saucer

The Silpho Saucer was first reported by the Yorkshire Post back in 1957 (on December 9th to be precise) but it remains a mystery as, to my knowledge, it has never been proven to be a hoax.

The story is that a small flying saucer was found on November the 21st, 1957. It was metallic in appearance, measured 18 inches across and weighed about 35lbs. It was discovered on moorland between Silpho and Hackness in Yorkshire, England. 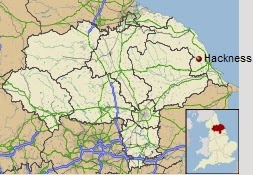 It was found by three friends. While driving in a car they spotted a red, glowing object which raised their curiosity.  As it was night time they went to to fetch a torch so they could investigate what they had seen. When they returned they saw, what they described as, a mysterious man and woman walking away from the area.

Who were these friends? Various names have been bandied about, the most popular being: Fred Taylor, Frank Dickenson and either Charles Thomas or Frank Hutton.

The story went cold until an anonymous person claimed to have the saucer in their possession. It is said that when the saucer was forced open it contained 17 thin copper sheets, in an almost book format inside. These were imprinted with symbols. Eventually, I'm not sure how, these were translated and the message started off by saying,

"My name is Ulo and I write this message to you my Friends on the Planet of the Sun you call Earth." This was followed by a woman called Tarngee writing something more akin to a penfriend letter, rather than anything serious. When Ulo signs off the message he mentions how Tarngee has won prize for face and body - most odd.

One version of the source of the saucer is that it was dropped to Earth by a spaceship from Mercury.

So the message is basically of little value but maybe the spaceship was just passing by and a couple of the occupants dropped off the saucer as a bit of a laugh - well, it's possible. I'm sure that some aliens may have a sense of humour.

One aspect of the message though was more serious: a warning to humanity about the threat of atomic warfare. It's interesting that the CND, Campaign for Nuclear Disarmament, started in 1957. Here's what was said by Ulo and Tarngee:

"The bombs which the two main powers made when exploded will destroy most animal life on Earth and to make it not for long habit by survivors. Any small argument may result in in full war then one side after long war will wish to finish it and use atomic bombs."

So can any of this be true? Goodness knows! It's interesting though that the Yorkshire Post revisited the story in June of 2007, fifty years after they first got their scoop in 1957.

I wasn't able to get sight of the 1957 Yorkshire Post where they are said to have published photos of the saucer. I'm told though that the photos have been removed from the archives.

Harry Challenger, once quoted as being the editor of the Flying Saucer Review, has been quoted as saying: "The Silpho disc, like the Roswell Incident, appears to be a signal or a wakening call, although we cannot be certain from whom. There is the enigma that this object has gone missing, and it has never been authenticated. But if it had been, it could have given clear and tangible evidence that something is out there."

Like so many UFO stories the waters get muddied:

It has since been reported - though not confirmed by any government body - that the saucer was in fact one of a batch of secret surveillance air vehicles, code named PF228. Three of those launched went astray, two falling into the sea  and the other was lost somewhere over northern Britain. It seems that these PF228's were made to look like flying saucers so, if they were ever found by the public, who the heck would believe them?

To finish with, a pdf I found which gives a version of the Silpho Saucer message in full, can be seen here.

Other Recent Similar Posts:
He Felt Dirty After Being With The Aliens
An Alien Encounter Where A Strange Object Was Implanted Inside Him
The Coincidence Of The Alien Sighting Which Panicked A Nation