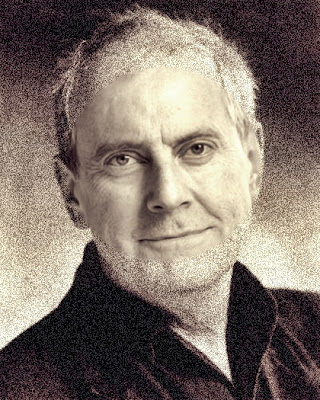 Gyles Brandreth is a British writer, broadcaster, actor and former Conservative Member of Parliament. Nowadays he is also an after-dinner speaker - and recently did his bit at a literary lunch.

He told a story about how he presented a copy of his latest Oscar Wilde novel - he has done a series of them - to a friend in Paris, France.

Several days later he found the very same book in the second hand section of a local bookshop - quite a coincidence. Or maybe the book was simply not to his friend's taste - but, whatever, it's a mystery as to how it travelled all the way from Paris.

Gyles said about this, "So I bought it and popped it in the post back to him with  a new inscription which read: 'To Gill with even greater admiration and love'"

His wife, Michele, has confirmed that the story is 'totally true'.

The inspiration to write the Oscar Wilde books also came about by coincidence.

Gyles explains: "About ten years ago, in the late 1990s, by chance, I picked up a copy of 'Memories and Adventures', the autobiography of Arthur Conan Doyle (the Sherlock Holmes author), and discovered, on page 94, that Arthur Conan Doyle and Oscar Wilde were friends. I was amazed. It would be hard to imagine an odder couple."

From this came the idea for a series of books. The theme being how:

"Conan Doyle quickly discovers that when it comes to the art and craft of amateur sleuthing Oscar Wilde has very little to learn from Sherlock Holmes. Wilde is overweight and apparently indolent, but his mind is amazing; his intellect is as sharp as his wit. Oscar Wilde, in his own way, is as brilliant as Sherlock Holmes - and just as Holmes had his weakness for cocaine, Wilde has his weaknesses, too."

It seems that inspiration for what we want to do or achieve is all around us.

Other Posts featuring books:
Aliens In The Backyard: UFO Encounters, Abductions & Synchronicity
Follow The Self Help Signs Of Synchronicity And Coincidence
They Meet Up Again After 67 Years