Top Ten Posts In May 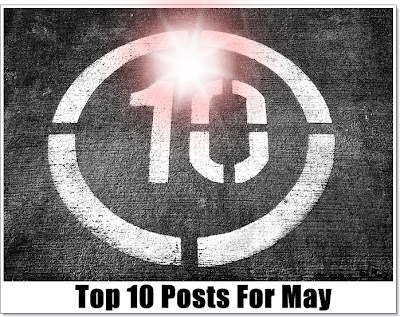 The following are the Top Ten most visited posts on 67 Not Out during May. I'm always mystified by what is most read because they are sometimes quite old stories. There was loads of interest in The Red Balloon Coincidence story once more, and the follow up posts also feature in the Top 10.

1. The Red Balloon Coincidence
It seemed the obvious thing to do for a 10 year old. Laura Buxton was at her grandparent's golden wedding anniversary and there was a helium filled balloon going spare. So she wrote ... Read full story.

2, The White Dove As A Messenger Of The Dead
One day I came home from work and a white dove was perched on the steps that lead up to the front door of my house. No doves or birds of any kind were ever previously on my steps. This white dove would not ... Read full story.

3. The Concentration Camp Romantic Coincidence
A young man, Antonin Nowak, just 14 years of age was in a concentration camp in Poland, one of the many injustices of World War II. Through the high fence he often saw a young girl ... Read full story.

4. The Hidden Alien World Of The Demodex Folliculorum
We search the universe for mystery and mysterious alien life and yet some are with most of us always. One example is the demodex folliculorum. In the small picture the tails ... Read full story. 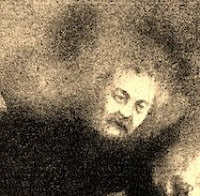 5. The Ghost Who Chased A Thief
A few years back, before I lived with my partner, I was living at home with my parents for the summer after University. They were going away on holiday and left me with the responsibility of looking after the house. I didn't mind being alone but ... Read full story.

6. Elvis Presley And Madonna's Satanic Illuminati Links
Elvis Presley was ... programmed by the Illuminati. We know that at times he went by code names, one which is publicly known was John Burrows. His group, called the Memphis Mafia, have talked about his ability to go into altered states of consciousness, even to seem ... Read full story.

7. The Red Balloon Coincidence Update
I don't usually do this kind of thing but feel I have to! Laura Buxton that released the balloon is my daughter and she is now 19 years old. The balloon did deflate and was found in the garden hedge. The girls are still ... Read full story

8. The Rainbow City Built By Martians In Antarctica
Rainbow City is an ancient Martian City right here on Earth, most of it is made from a form of plastic, a bit like Lego perhaps. And where is this city? Somewhere hidden beneath the icy wastes of ... Read full story. 9. The Red Balloon Coincidence Video
I have now come across a YouTube video of the same story and actually featuring the people involved i.e. the two Laura Buxtons and their families. Stories like this are always knocked and the skeptics have a field day - even though they are true. One wrote ... Read full story.

10. Ghostly Rye: The Most Haunted Town In England
Last year my wife and I were staying in a 15th century cottage in Rye, right in the center on the square surrounding the church. The cottage was creaky and timbered and the road surrounding the church was cobbled and virtually ... Read full story.