Did The God Of The Old Testament Arrive In A Spaceship? 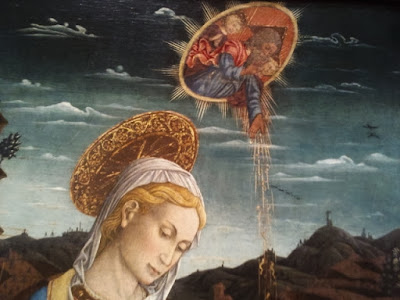 Mmmm, now I wonder if, in the Old Testament, instead of the word God we should use The Visitors - visitors from another planet that is.

Think I must have been reading too much David Icke or something. Or even Uri Geller. Before I went on holiday I read his 1974 bography, with the snappy title of 'Uri'.

It seems that Uri and his side-kick Andrija Puharich often had chats with aliens from - not really sure where they came from, but here's what they told the aforementioned:


"We first interfered with the human race twenty thousand years ago. We came on a planned mission from our own solar galaxy, and our first landing place on Earth was at the place you were at in Israel, at the Oak of Mamre in Hebron [Heaven ?] where Abraham met us. That is the origin of the legend of the ladder to the Gods, because they saw us come out of our craft on a ladder device.

However, we found traces of the presence of other visitors from other spaces who had been on Earth millions of years earlier. But we found man in much the same animal condition that you see in him today."

Animal condition - us Earthlings? How dare they ... mind you, if you think about it ...

So did or do those Aliens ever help us? Well it seems they do, but not too frequently.

Our advice is usually given gently and is not too strong, and we do it more for our own purpose than for man's benefit."

But one bit of good news from them is that we do have souls - did we ever doubt it? And what is the nature of soul?


"It inhabits different worlds at different times in is existence. When the physical body dies, it goes with all of its being to its own world. There it carries on with the next phase of its existence.

It may go on to other spaces, or it may even return to an Earth physical body for another round of experience.

There are higher powers that divide these people (souls), and that decide where they shall go. The purpose of existence is to move towards God. However, no one can know God. We ourselves can only know God by reaching him as an idea - not physically."

But, before you ask, there are other visitors besides the ones Uri communicated with.


"Most of these reports by humans [about UFOs and aliens] are due to hallucinations and aberrations. But some of our units have landed. But most of the reported landings have been other visitors from space - some of whom we do not see, but which you can see. They are of different vibrations, different spaces, different velocities. We are the only ones who are mostly here. Others come and go."

Before we completely write off all of this alien visitors malarky as complete fiction, perhaps there is an element of truth - if we dare think a little, or maybe a lot differently, to the norm.

As for the Bible and UFOs, or Visitors from Space, there's the theory about Ezekiel: The Alien Abduction Of The Bible and much more besides.

Other UFO / Alien Posts:
The UFO Which Brought The Raelian Elohim To Earth
The Reptilians From Venus And Draco Inhabiting Earth
10 UFO And Alien Stories