The Precognition Of A Car In A River 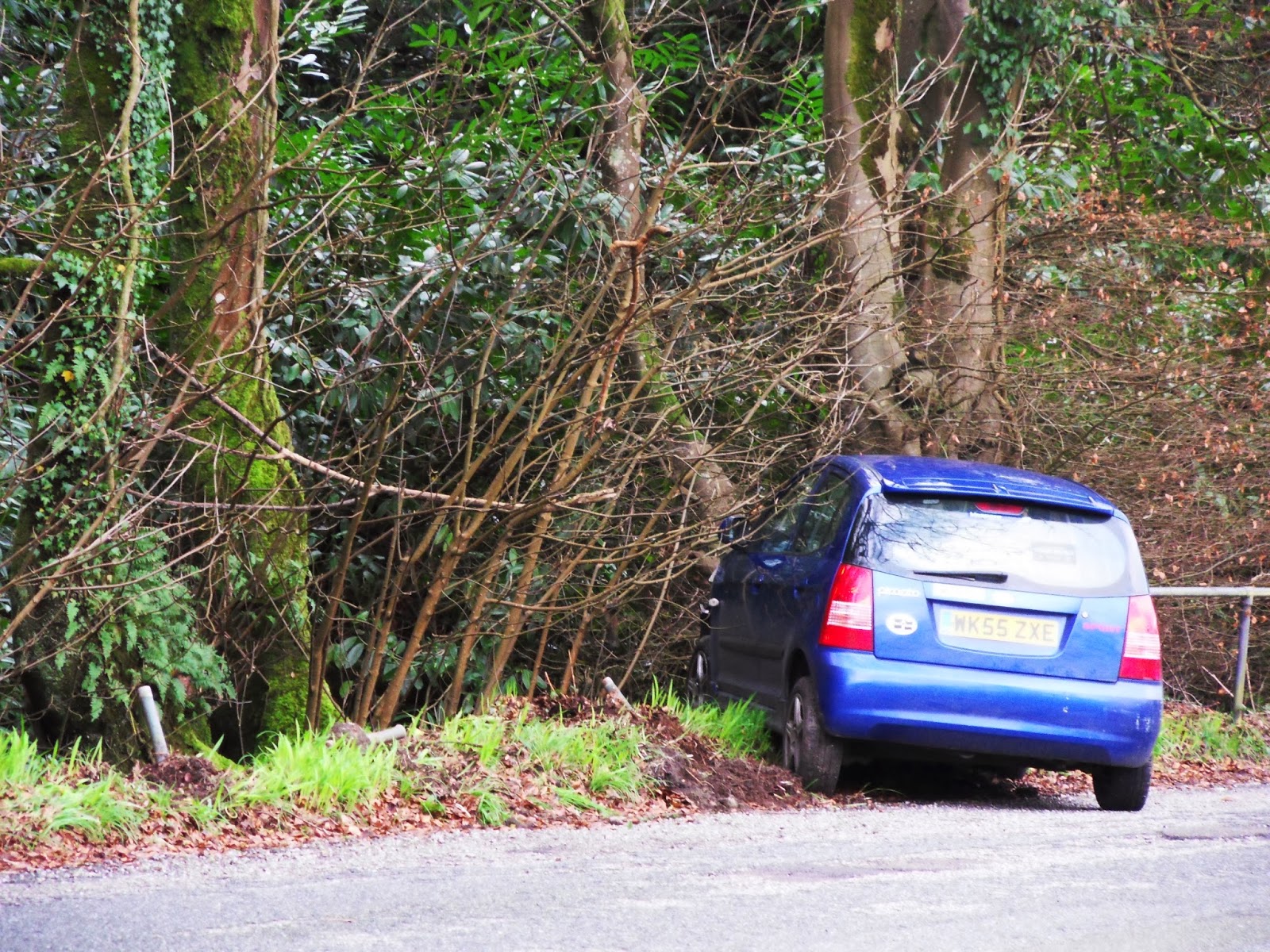 I had a dream a few days ago about a car going into a river. When I saw some of the photos of the floods we have had in England I thought that must have been what the dream was all about.

Today though, leaving my house, I snapped the photo above. A few minutes earlier the driver of the car swerved to avoid a car coming in the opposite direction. Goodness knows how or why, as the road is wide enough for two cars to pass each other.

The driver lost control mowed down the flimsy metal barriers and nearly went splash into the river, which is below the road level. Fortunately there was a substantial tree to halt a watery finish. The driver was badly shaken but not hurt.

It's interesting how dreams sometimes advise us of future happenings. On the day of writing this I had a comment left on an old post Precognition In Dreams: Is It Simply Paranormality. The gentleman wrote:

A few years ago my youngest son ,who is a guitarist, met a couple of young guys from the UK in a blues club. They had come to US to experience southern blues music as they were both extremely talented musicians. My son brought them home with him and they wound up living with our family for the better part of six months.

About two weeks before my son met them in this bar I had this crazy dream where the word "ENGLAND" flashed across my dreamscape several times. My actual dream I don't remember.

A few days after that experience I dreamed I was sitting in a smallish cottage sitting room and had full knowledge, without anyone saying a word, that I was in an English cottage. The decor and everything about it was so distinctly English. Actually the boys who were our house guests for a few months were from Cornwall."

Note: I live in Cornwall.

I used to get runs of precognitive dreams but they have been few and far between over the previous few years. I've even dreamt the winners of horse races, though that was a long time ago.

In 1983, for example, I dreamt the winner of the English Grand National. I told my wife the name of the horse - Corbiere - and also mentioned this to a friend prior to the race. The strange thing is, I don't know anything about horse racing and hadn't seen a list of the horses and riders.

I have only ever been once to a race meeting, and that was with the friend I told about Corbiere. I didn't like the outcome as a horse fell, going over the jumps, was badly injured and had to be shot. That was the beginning and end of horse racing for me.

But precognition in dreams? Why not, it dates back probably to the beginnings of mankind.

Other Dream Stories:
Ancient Egyptians And Their World Of Dreams
10 Story Posts Featuring Dreams
Precognitive Dreams Seeing Into The Future