A Warning Sent To Him By His Deceased Cousin 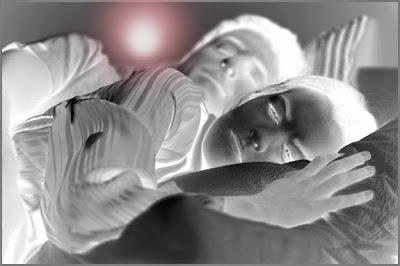 An interesting story follows which some may find hard to believe, but it is from a no nonsense serving police officer. It's about a warning received from the spirit world.


"My husband and I are both police officers. He is the most pragmatic, realistic man you could meet.

In July last year, he came in from his shift after midnight and put his car keys on the bedside cabinet. At 3am the keys flew across the room, waking us both, and I accused him of swiping them with his hand. He said that it wasn't him, and that was that.

We were flying to London later that day. As I was driving to the airport, he kept telling me to watch my speed, mind that car, and was generally irritating. Then he said, "We are going to be in a car crash today." At the airport I gloated that I'd managed to get us there in one piece.

We landed at Heathrow at 5pm and got picked up by a friend. As I got into the middle of the back seat, I couldn't find the belt buckle so I wasn't going to bother. My husband insisted I dig it out and gave me 'The Glare'.

Five minutes later I shouted: "That guy hasn't seen us!" as another vehicle sped across the lanes.

The impact was fairly substantial. I dislocated my  neck and pulled the crucial ligament in my left knee. My husband fractured his sternum and three ribs. The Fire Brigade said that if I hadn't been wearing my seat belt, I would have been out through the windscreen

Later on in A&E, I asked my husband how he had known what would happen.

He told me that his recently deceased cousin, Shane, had thrown the keys, and that he was there with their grandmother. They had told him not to go to London as he would be in terrible pain, When I asked why he had still gone. He said that if he hadn't, then I wouldn't have worn a seat belt and would probably have been killed.

If anyone else but my husband had come out with this story, then I would have laughed at it."

Other Recent Random Posts:
The Wall Opened Up And She Saw Her Dead Mother
The Coincidence Of The Painting He Received
Relics And Religion Of The Ancient Canary Island Gaunche People

Email ThisBlogThis!Share to TwitterShare to FacebookShare to Pinterest
Labels: Messages from the dead, Precognition, Spirit